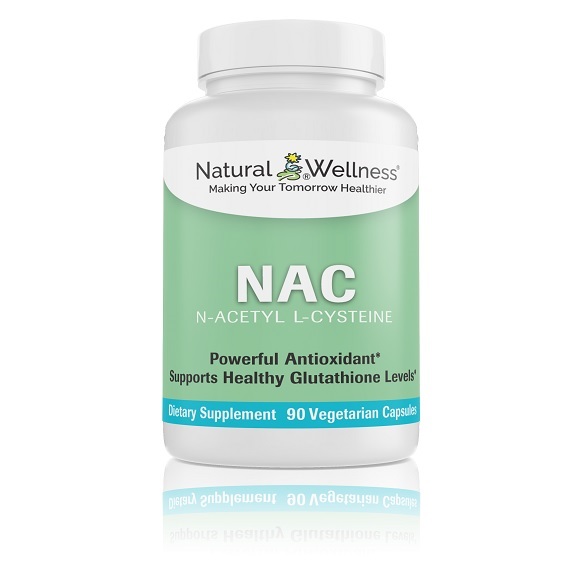 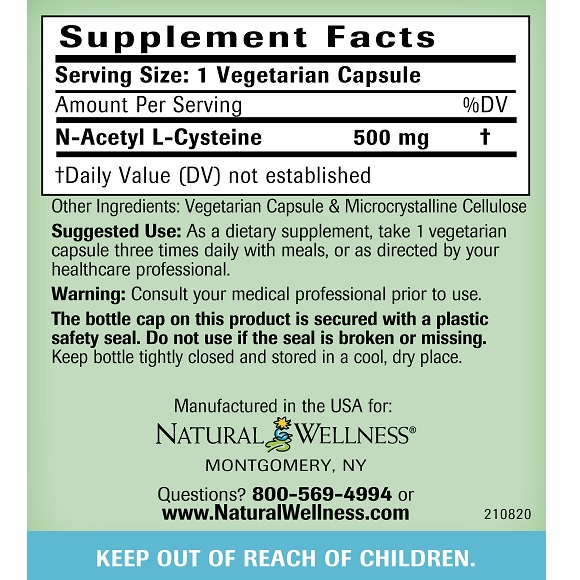 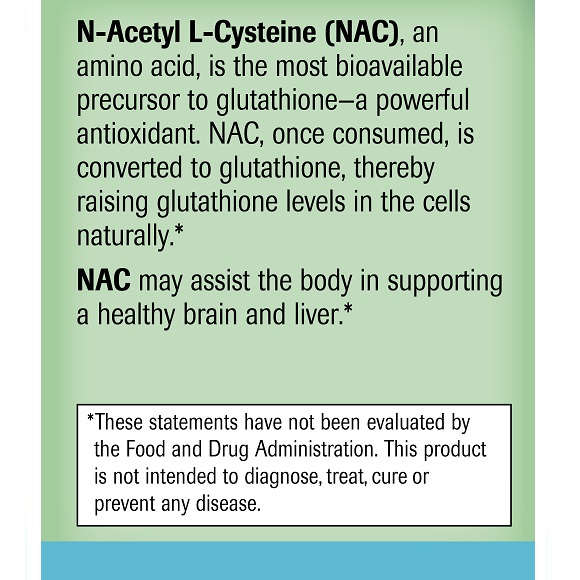 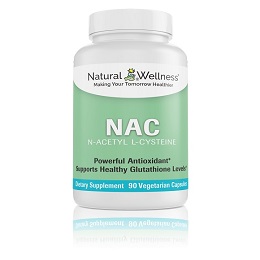 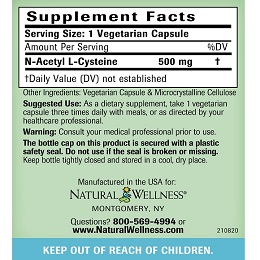 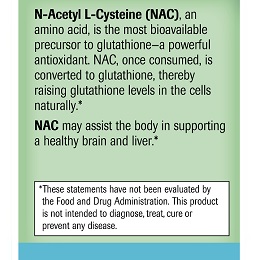 Crucial For Those with Liver Concerns

Supplementing with N-Acetyl L-Cysteine (NAC) provides the body, the liver and all cells with increased glutathione and the antioxidant protection they need to better perform their functions. NAC is an amino acid that, when taken orally, is well absorbed and utilized by the body.

NAC is an important daily supplement for all who wish to optimize their overall health.

Each bottle of NAC contains 90 capsules. It is recommended that one capsule be taken three times per day, or as recommended by a healthcare provider. Can be taken with or without food.

There are no known contraindications. Those with diabetes should consult with their healthcare provider regarding interference with insulin efficacy. 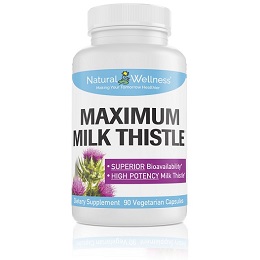 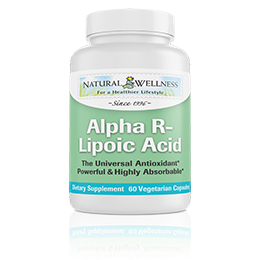 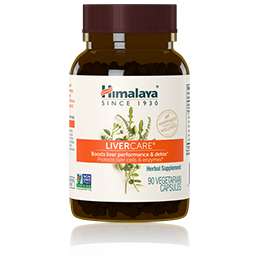